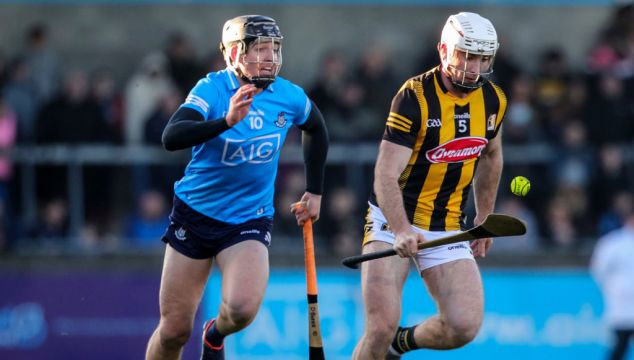 Kilkenny has handed Dublin’s hurlers their first loss of the season.

At Parnell Park, Martin Keoghan and Walter Walsh lifted green flags as the Cats won 2-23 to 0-16 in Division One B of the Allianz Hurling League.

Dublin had a poor start to the game, scoring just five points in the opening 20 minutes.

At halftime, Kilkenny led by six points, but Dublin tried to cut the deficit with scores from Donal Burke and Rian McBride.

However, a goal by Walter Walsh after 43 minutes undid all of the home team’s efforts.

With response points from Padraig Walsh and Walter Walsh, Kilkenny moved on.

The Catalans didn’t stop there, leaving no room for a comeback by Dublin.

Cork kept their undefeated run going with a 1-26 to 0-23 victory against Galway in Division One A of the Allianz Hurling League on Saturday.

Robbie O’Flynn, Shane Barrett, and Patrick Horgan scored inside the opening eight minutes to give Cork a three-point advantage. By the conclusion of the game, Horgan had racked up a total of 1-13 points.

Galway’s first goal came from Ronan Glennon as they sought to reduce the margin. Conor Cooney, Jack Hastings, and Tom Monaghan all scored to get the Tribesmen within a point of the hosts after 24 minutes.

However, the modest advantage was short-lived, as Horgan scored just before the interval. Cork pushed on from there, extending their lead in the second half to conclude the game with a six-point lead.

Cork will advance to the semi-finals with the win, but they still have one more group game against Wexford to determine who will finish first and second in the group.

In the Allianz National Hurling League’s Division One, Wexford has established themselves as the new leaders.

Wexford came back to defeat Offaly by a score of 1-22 to 2-12, making it four victories in a row for new manager Darragh Egan.

The Faithful’s Luke O’Connor scored, but Wexford’s Rory O’Connor hoisted the green flag shortly before halftime to put them ahead.

In the Lidl Ladies Football League, Dublin defeated All-Ireland champions Meath in Division One B.

In Navan, Dublin defeated Meath 1-9 to 1-8 thanks to Hannah Tyrrell’s late winning point.

Tyrrell was instrumental in her team’s victory, scoring three goals in the second half to put her team ahead.

Throughout the game, both sides swapped goals, with Meath’s Emma White scoring a goal and a point in response to Tyrrell’s green flag.

Meath, on the other hand, was unable to halt Dublin, with Tyrrell’s late point being the decisive factor.

Leah Caffrey, a full-back for the Jackies, was named player of the match for her outstanding efforts in containing the Meath onslaught.