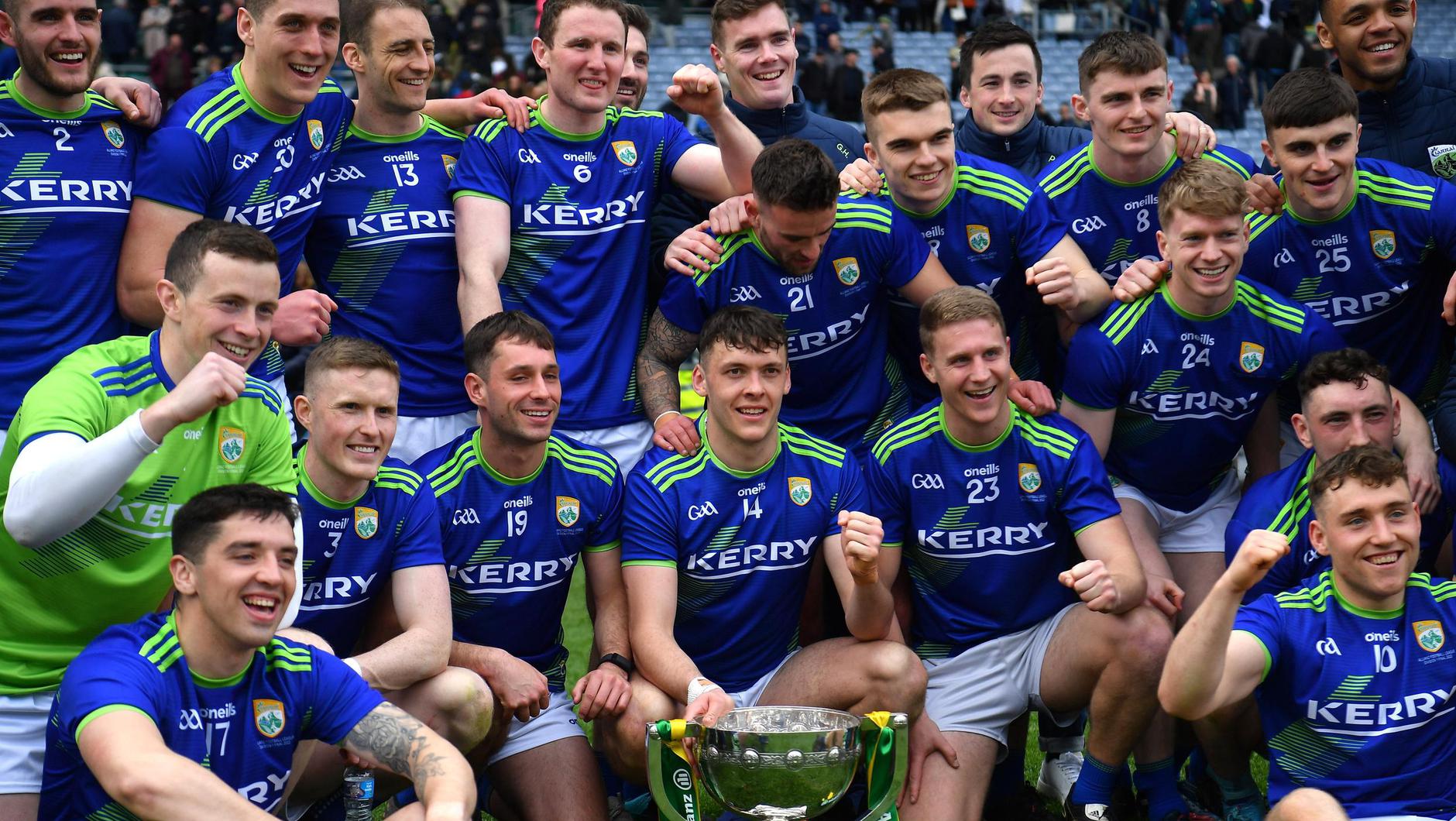 Tyrone begin the defence of the Sam Maguire Cup against Fermanagh at Brewster Park Enniskillen on Saturday week, after a reign of just 226 days.

The fact that just seven provincial football ties will be shown live on either RTE or Sky until the four finals on the penultimate weekend in May demonstrates the reduction in importance of the tournament.

The game between Tyrone and Fermanagh will be shown live on Sky, along with the Ulster quarter-final between Monaghan and Down, the Leinster tie between Dublin and Wexford/Offaly, and the Munster semi-final between Cork and Kerry — if it goes forward.

Meanwhile, just three football matches will be shown on RTE: Mayo against Galway in Castlebar; the winners of Tyrone and Fermanagh v Derry; and the Armagh/Donegal v Cavan semi-final. As a result, the action in football doesn’t truly begin for armchair supporters until the regional finals.

The All-Ireland series is already determined based on what we saw at Croke Park last Sunday between the best and second-best teams in Division 1 of the league.

Kerry will not only be named champions on July 4th, but they also seem capable of constructing the type of dynasty that Dublin did in the previous decade.

In Gaelic football, however, the form line is never straight.

Kerry may probably dominate the All-Ireland series this decade, but we won’t crown them until they go across the finish line with this bunch of players.

The most important takeaway from last Sunday’s disaster is that Division 1 finals should be discontinued. The Division 2 final might also be scrapped.

Granted, the GAA would lose a quarter of a million euros in income, but it’s a price worth paying.

Mayo, like Galway in the Division 2 final, had other things on their minds. The result of their Connacht semi-final meeting in two weeks will determine their seasons.

The league’s Division 1 is exceptionally competitive, as shown by the fact that in the last round of matches, seven of the eight clubs had something to play for. Finals should be ignored and the title should be given to the team that finished first in the standings.

Similarly, the real reward in Division 2 is obtaining a spot in the top flight — this is significantly more essential than winning the division.

For Mayo, it was an expensive afternoon. Not only did they lose at Croke Park for the first time since the 2006 All-Ireland final, but they also lost vital midfielder Jordan Flynn. He suffered a significant ankle injury and will almost definitely miss the Galway match.

Mayo supporters’ spirits are as low as they were after their All-Ireland final defeat to Tyrone last year. The goodwill generated by several passionate league performances vanished in an instant.

The effect of injuries is one of the unintended consequences of the new shortened football tournament. A seemingly minor Grade 2 calf muscle injury might cause a player to miss important games.

The All-result Ireland’s may be determined by the depth of squads.

Granted, Kerry is more reliant on one player – David Clifford – than any of the other main candidates, but their bench is undoubtedly the strongest.

Tyrone, on the other hand, are severely hampered by the withdrawal of seven squad members since their All-Ireland victory last year, and to make matters worse, Mattie Donnelly is injured.

The Dublin bench is full with want tobes vying for a spot in the first squad and aren’t considered game changers.

Mayo did bring in a slew of youngsters in the spring, and it appeared like they may be able to use Aidan O’Shea as an impact sub at one point.

With so many first-choice players questioning their health, they may have to start some of the newbies they had intended to keep in reserve.

Also, keep Armagh in your thoughts, since their luck is running out right now.

Blaine Hughes, their first-choice goalkeeper, was ruled out of the Ulster semi-final against Monaghan last season due to Covid-19. Shea Magill, his substitute, had a rough day as Monaghan won in a great matchup.

They’ll be without four crucial players – Rian O’Neill, Ciaran Macken, Aidan Nugent, and Stefan Campbell – for their Ulster quarter-final against Donegal at Ballybofey this time around.

The four are appealing their one-match suspensions, which were given following a brawl at the conclusion of a league encounter against Donegal.

The takeaway message from this dispute, as well as a previous brawl between Armagh and Tyrone, is that getting involved in a pointless brawl comes with a one-match suspension.

So, let the championship begin, but be aware that genuine excitement may not arrive until mid-May!